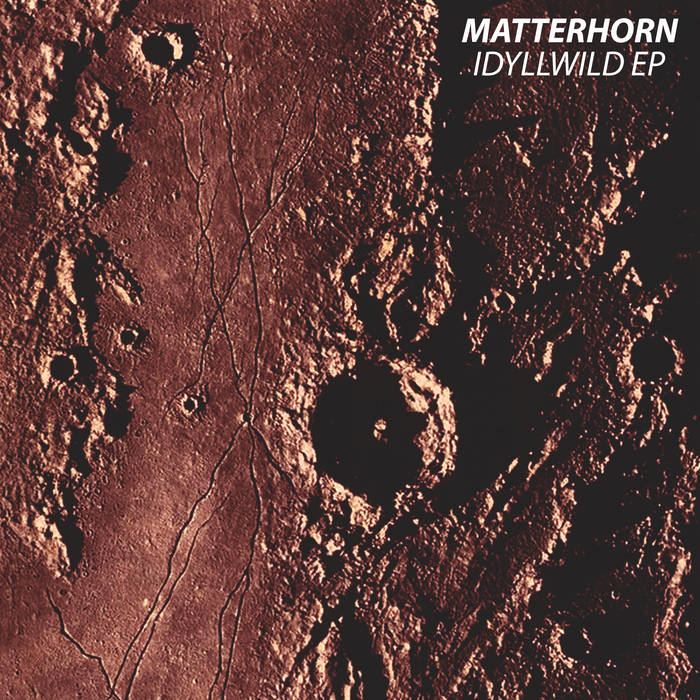 IDYLLWILD EP was recorded live at Idyllwild Arts Academy by Chris Reba in the early spring of 2019, following the band's second residency at the academy.

"The Aggregate Loss of Possibility," is sort-of, for me, about the passage of time (the title comes from Charles Yu's "How to Live Safely in a Science Fictional Universe"). It's a simple composition, upon which the band embarks on a free improvisation that's mainly concerned with texture and a swirling, yet forward motion. I hope it puts you at ease.

"Copernicus" perhaps conjures an unknown landscape or a dream-like state in which the details succumb to the overall waking feeling. This second single release from IDYLLWILD EP is one of those rare pieces that seemed to mostly write itself. The melody's somewhat brooding beginnings give way to a rising feeling of hope and growth. A cyclic progression and ascending bass line surround the trumpet solo with a promise of more to come, and the eventual arrival of the bridge finds the trumpet paired with bass clarinet and the other-worldly tones of Prophet Synthesizer. The return of the introduction is then cast in new light, serving as a release point for the chaos to come. The coda is sort of a second movement featuring group improvisation begun by the guitar and synth and driven by the drum set and bass. A layer of horn melody arrives but gives way to tape loop effects and a longing synth chord that lingers as an unnameable aura.

"We Know What We Need" begins with Jeff McLaughlin's guitar and slowly builds around a bass clarinet solo by Drew Williams, who also implements live electronic sound effects. A long, soaring melody is introduced at the piece's apex before tension is then released into a brief, floating coda.

"Pico" was partially inspired by the kind of symmetry or balance I find in works of master trumpeter/composer Tom Harrell. Harrell's playing and writing has sometimes reminded me of sculpture or architecture, with a subtle complexity and sophistication that's often somewhat masked by an overwhelming, lyrical sense of beauty.

The visual artwork paired with this music is truly not what it seems, in that James Nasmyth created images of the moon's surface at a time before photography was able to capture what could be seen from a telescope. These images are actually photographs of plaster models, which he created based on drawings of what he viewed through his telescope.

Any donations received for this music on August 7th, 2020 will be directly donated to Musicambia (musicambia.org). Our previous digital records will also remain pay-what-you-want, and both digital and physical formats will include the new IDYLLWILD EP as a digital download.